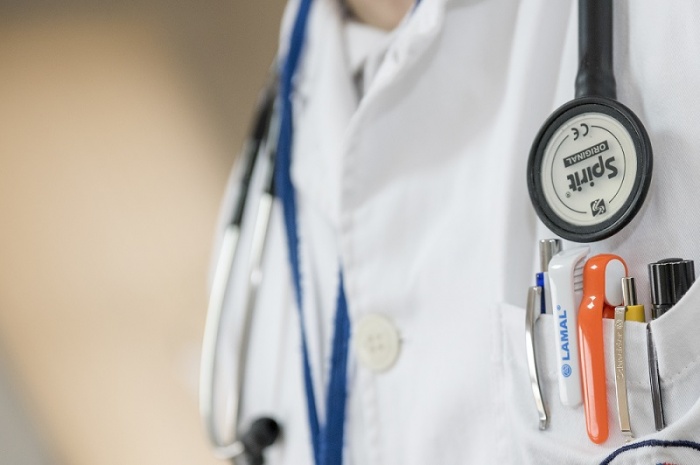 According to a NerdWallet study, 1 in 5 insured struggles with medical debt, prompting many to turn to crowdfunding. At FreeFunder, it is free, quick and simple to launch a project. And we quickly answer questions, if you need help.

Take a look at these FreeFunder campaigns that recently reached their funding goals or are on the fast-track to hitting the mark soon. You can create your own project here.

PSA Friends 4 Justin Costilow
From the fundraiser:
"Justin was recently diagnosed with Leukemia, and will be receiving aggressive treatment that will keep him from working. He's been flying with us since September 2011, and is someone everyone can agree is very well regarded on the line. He is also a line check airman. This fund raising page is overseen by volunteers of the Air Line Pilots Association representing PSA."

Chaz's Road to Recovery
From the fundraiser:
"As all of you have heard, Chaz was in a bad motorbike accident, at the fault of someone else and has a broken pelvis in 4 spots, broken femur and broken foot. We are guessing he will be out of work some time and we know that Charity and Chaz will need all the help they can so your donations are completely discretionary and appreciated. Thank you "
Project goal: $5,000
Current status: $5,000
Fundraising link: http://ffnd.co/CrXik0

Help Beth Kirsch and family!
From the fundraiser:
"Beth Kirsch (pictured above) was involved in an accident on Saturday morning (3/25) when she was hit and pinned under a car during her morning run. She is currently in stable condition at the hospital and her family and boyfriend have traveled (many from out-of-state) to be by her side and hope as she goes through surgeries and healing."
Project goal: $5,000
Current status: $5,070
Fundraising link: http://ffnd.co/ZKc6sP

Help First Officer Tim Carter!
From the fundraiser:
"On June 14th, First Officer Tim Carter was at the home he had just moved into in Knoxville when he fell ill, and was rushed to the hospital. Doctors discovered that a blood vessel had ruptured inside of Tim, and platelets had broken free causing some serious brain injuries.
Project goal: $15,000
Current status: $15,140
Fundraising link: http://ffnd.co/KVZrMB

Care for Maxwell Littlefield
From the fundraiser:
"The world works in ways we don't fully understand, and sadly it seems we are all affected by cancer in some way. This crowdfunding has been set up for my good friends Sarah and Ryan Littlefield. They're going through a difficult time with the unexpected news that their son has a rare but curable form of cancer. Maxwell is only 16 months old. He has a long road to recovery including chemotherapy and surgery to rid himself of the cancer. The tumor has physically weakened him, but his strong and exuberant spirit will pull him through."
Project goal: $15,000
Current status: $14,431
Fundraising link: http://ffnd.co/UVzZQW

ALS won't defeat Dave Newman
From the fundraiser:
"A few weeks ago, Dave Newman was diagnosed with Bulbar Onset ALS. ALS is an incurable neurodegenerative disease where the nerve cells that control the body’s muscles die. Bulbar ALS starts in the brainstem and works its way down affecting limbs, swallowing, speech, and eventually respiration. While fatal, we hold out hope for a stem cell transplant—currently being developed overseas and hopefully available to patients in late 2017—to provide a cure for this horrible disease. Dave, age 48, is married to his sweetheart Jen and is a rock-star dad to five kids."
Project goal: $50,000
Current status: $37,820
Fundraising link: http://ffnd.co/uPq6Gu

Lee Nelson's Recovery Fund
From the fundraiser:
"Lee Nelson is a local business owner who is a husband and father of 4 kids. He recently has suffered from a severe heart attack that has sent him all the way to Salt Lake City for medical help and recovery. Lee is the sole provider of the family and is going to be in medical care for a while. We are asking everyone to please take a moment to donate to his cause! If you know Lee you know what an amazing, selfless person he is. Please help us, help his family. Any donation small or big helps! "
Project goal: $5,000
Current status: $4,075
Fundraising link: http://ffnd.co/doJo3G

Support Seth's Battle
From the fundraiser:
"When you are five and half and you have sparkly little moon eyes and a smile that lights up the whole world and you're missing your two front teeth yet you have a great family that is bigger than big and loves you with everything they have... We are asking that you please support Emmett, Catrina, Seth and baby Hank during this difficult time. Emmett and Cartina are a local Santa Cruz family who on Friday March 24 rushed their son Seth to Dominican Hospital. It was discovered that he had a large brain tumor the size of a golf ball located near his brain stem. He was immediately rushed to Stanford Hospital where he underwent emergency brain surgery. Unfortunately, the tumor was found to be malignant and he will need continued treatment."
Project goal: $40,000
Current status: $36,736
Fundraising link: http://ffnd.co/tgeT1p
Share! 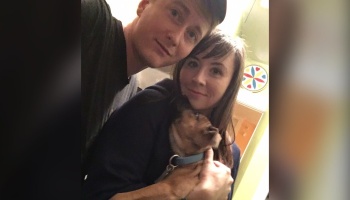 "It is hard to find the right words to express the gratitude we're feeling right now. As much hatred as we felt coming from our neighbor, the love we've gotten back in return, from other neighbors, friends, family, and even complete strangers is a zillion times that. We don't even know how to let it all in. We are completely stunned." - Erica and Andrew